I remember my first experience watching the movie Black Panther in the theatre, I stared at the screen in awe.  I was so proud not only as an actress but first and foremost as a black person. I didn’t think I would react this way, but I did. I could just feel the black pride and excellence exuding from the screen. I wasn’t just watching another film, I felt part of the film…I felt “at home”.  The Black Panther character was not just a Superhero but was “our” hero.  Chadwick Boseman became our hero, and after he passed there was a sense of joy as I saw photos online of the many kids whose lives he touched, of all races, but especially children of colour.

Very few actors can have an impact on mainstream media as he did.  I was truly saddened by his passing.  Many, including myself, became concerned at the change in his appearance and I too thought it was possibly for a role.  Little did we know that Chadwick was suffering in silence for 4 years battling his illness.  He kept persevering, doing movies and perhaps didn’t want others to know because he didn’t want any pity or maybe be overlooked for film roles.  He lived his life to the fullest.  I watched speeches he had made and was drawn to the fact that he always acknowledged that he reached his level of success on the shoulders of his predecessors.  He received tuition to attend a British American Drama Academy Program from Denzel Washington, after a call was made to Denzel from Chadwick’s mentor at the time Phylicia Rashad.  This story just speaks to the kindness and support that surrounded Chadwick and I believe it all happened because of who he was at his core.  A humble soul.  Marvel lost a true light…one that cannot be replaced.  We shall see what the Black Panther franchise holds in its future. 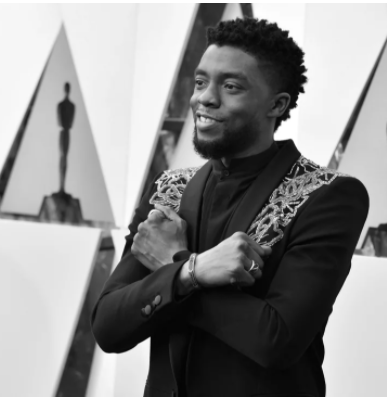 My name is Sharma MacDonald and I am a Writer, Actor, Director, and TV Host/Reporter who loves nothing more than capturing every moment on my wonderful journey of film and television!!  Check out my main website www.sharmamacdonald.com for more info about me and contact info! Enjoy!! **Feel free to Like, Share or Leave a Comment below! Email address not required and will not be published.** View all posts by Sharma